When life hands you sermons, make Sermonade. We can help you spice up your tired old sermon. Nature is your friend as you introduce your flock to the grandeur of God. Sinners and saved alike can benefit from our visual metaphors and aids.
Posted by beckett at 10:40 AM 1 comment: 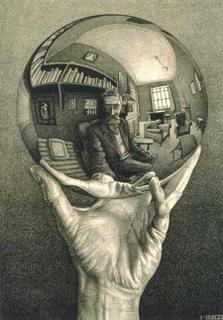 Boy am I threatened by it, knee-buckled by it, roiling with envy at it. For some reason I believe it is what I am to be. And I know it is what I am not. As exceptional as I might be. One in a hundred is not one in a million. It upsets me. I've had to come to terms with and let go of several juvenile fantasies later in life than you might expect.

1. I will be neither Air Force pilot nor astronaut
2. I will not play professional baseball
3. I am not now and will not suddenly become a genius

I don't know why this should be so hard to accept. It's not as if geniuses are renowned for being especially happy. And that's if they happen to be renowned. If we're to believe the wisdom of our culture, there are many more geniuses, toiling in obscurity, unrecognized as the prophets they are, and brimming with vitriol at not being renowned. Even renown is known to be a generally unhappy experience.

When I nurtured this fantasy of genius, that things did not come easily was a constant frustration. So not much came at all. Now I understand I have to work (some things can be slow in coming to a self-presumed genius), which has been a surprisingly satisfying experience.

So, no Grand Unified Theories, no As I Lay Dying, no OK Computer from me.

I am not endorsing mediocrity, but an understanding that perfection is unattainable, and even undesirable.
Posted by beckett at 2:32 AM 5 comments: 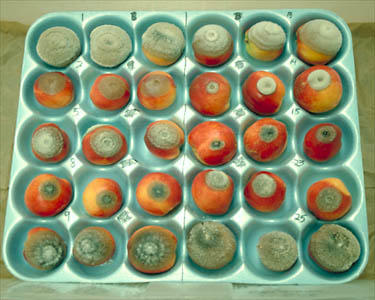 My jaw hurts so bad. It's been bad for a while. As long as I can remember. Sometimes, it just sort of locks closed, so I can't open it more than an inch. It feels like the bones are stuck. Like one of those dreams where you can't scream for help. It always goes away after a little bit, when I'm not even thinking about it.

I don't know why I'm hurt all the time and everyone else is always fine. I never miss work, but my back always hurts. The rest of it I don't even want to talk about.

But there are plenty of people who have it much worse. I mean, at least I'm not in Africa without any food, or getting beat up, or a communist, or anything like that. It's really no big deal, when I really think about it. Most people have it much worse than me.

I've been thinking about asking my doctor if maybe my medicine is what's making my jaw hurt. I think it started before the medicine, but I can't really remember.

It's been two years since I dropped a plate.
Posted by glen at 11:36 PM No comments: 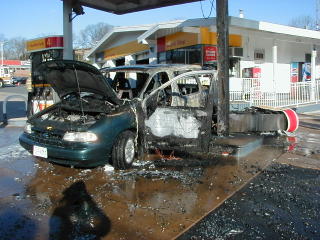 This week wasn't very good. Vijay yelled at me every day. First it was the short money. Then, I couldn't get some guy's hood open. Some other stuff, too. The worst part is, a lady complained about me. She said I was rude. I always follow the training video and smile and greet the customer, so I can't remember being rude to anyone. Vijay told me the only reason I don't fire you is because people think you're retarded and it wouldn't look right

If I don't shape up, I'm gone in a heartbeat.

Maybe I am retarded. I don't want to be fired. I'll never get another job.

So, I called my mom. My mom's been mad at me for long time because I won't live at home with her anymore. But when things go wrong I think of her and still love her and want to talk to her. We mostly talked about her garden, and I asked her about my houseplants, because I knew she wanted me to. She tells me how much to water them and where to put them. I don't really care that much, but it's not too hard, so I do it for her. The thing was, after I started talking to her, I was afraid to talk about the gas station. She said "hello," and I just wanted to hang up. I don't want my mom to know I'm a loser. Or at least how much of one I am.

So we just talked about plants and said it was nice to talk and all that. Then, when we were getting ready to go, I didn't know what to say, so I said, "Mom, what do you think I'm doing wrong?"

She was quiet and I felt something bad coming, and she said, really slowly, "I didn't say you were doing anything wrong, Glen. Why are you so sensitive? Grow up, already"

I told her that's not what I meant but I could already feel my cheeks burning, so I just hung up and punched a hole in my wall.

When I call her in a couple days to apologize, I'll probably have to tell her I got fired, too.
Posted by glen at 11:52 PM No comments: 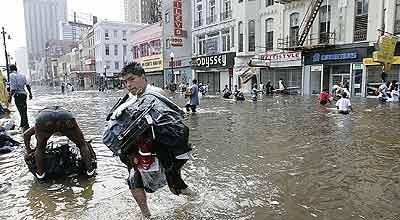 Katrina is the world right now. This thing just keeps getting worse, and there's no hope in sight. Now the specter of race riots appears. As New Orleans becomes a warzone, there is the distinct possibility that confrontations will spark outpourings of frustration in other destitute communities.

Worrying about rioting, thousands dead and dying, looting, misery, and massive destruction is enough for one, without having to deal with the pundits, the partisans and the party hacks. The waters had barely begun to rise when the opportunists started asking themselves: "How can we use this to our advantage?"

There are folks screaming racism in the coverage because black people have been shown looting. I know I've seen shots of both black and white looting, and that the majority of rescue shots I've seen have involved people of color.

Then there are the people who see this as an opportunity to attack the Bush administration. I am no fan of the nutcases in power at the moment, but give them a few days to mobilize relief. Lesson 1: The hurricane was not caused by Bush's failure to sign the Kyoto treaty, and anyone who says so is either stupid or dishonest.

On the other hand, there are worse faults than criticizing the disaster preparedness of the area or country. You could claim that the storm is sent by god to punish the wicked. Kind of like Robertson did in the past...or this Kuwaiti official just did in the World Tribune. Lesson 2: God doesn't help football players score touchdowns and he doesn't indiscriminately kill thousands of people (many of whom undoubtedly were opposed to the Bush administration's policies in the Middle East) as an act of judgment. Anyone who claims god does such things is insane and an enemy of reason.

Of course nothing compares to the inspiring example of people in times of crisis:
"Police say storm victims are being raped and beaten inside the New Orleans Convention Center. About 15,200 people who had taken shelter at the convention center to await buses grew increasingly hostile. Police Chief Eddie Compass says he sent in 88 officers to quell the situation at the building, but they were quickly beaten back by an angry mob. Compass says, "We have individuals who are getting raped, we have individuals who are getting beaten."He says tourists are walking in that direction and they are getting preyed upon.In hopes of defusing the unrest at the convention center, Mayor Ray Nagin gave the refugees permission to march across a bridge to the city's unflooded west bank for whatever relief they can find. But the bedlam appeared to make leaving difficult."
-AP

As if people needed an excuse not to send money, to turn a blind eye, to say, "Maybe they did deserve it." Lesson 3: People are idiots. I mean what are you going to do with the TV? There's no power! And 20 ft. of water! Take food sure...but beer?...sneakers?

Now ask me why I have such a dim view of humanity.
Posted by beckett at 5:08 PM 1 comment: